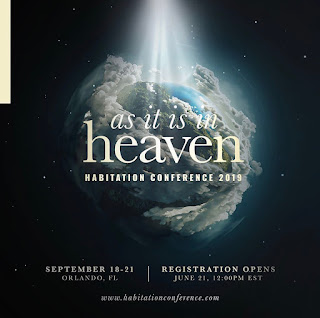 There was no blog posted last week because I spent Wednesday through Saturday in Orlando, FL for a life-changing few days of Pastor William McDowell's Habitation conference, where the theme was “As it is in Heaven.” I’ve been talking about attending Habitation for the last four or five years, but every year, something came up and I wasn’t able to go. Each year in the third week of September, I’d live vicariously through pictures and videos on social media, and long to be there in person. This year, I felt an especially strong pull to attend, and everything lined up perfectly, so I jumped at the opportunity and registered minutes after the site opened.

I’ve been to a few conferences over the years, so I prepared for the usual. I packed my Sunday best and a few comfy items to travel in, and brought extra makeup so I could beat my face—because 1. Things like this are typically recorded and 2. You never know who you’ll meet. I just KNEW I was about to be ready for my close-up, and I was—just not the kind of “close-up” I expected. I was running late the first night so I ended up just throwing on a Jesus tee and some jeans and opted to skip the makeup. It was a good thing I did, because the glory in the place hit us like a tidal wave! I quickly learned that Habitation was not a “cute” conference, but if you go, you should be ready for your close-up: an up close and personal, face-to-face encounter with God. After the move that took place on Wednesday, I decided that I needed to wear comfortable clothes and shoes every day of the event. God needed me there just the way I was, with no frills, no makeup and flexibility to flow with His spirit. It wasn’t about being seen, but rather, hearing and being heard by Him.

Each day, God revealed Himself to us more and more as we basked in His presence. The glory was tangible as He breathed on us. The anointing swept over the room as we cried out to Him in worship, and I watched in awe as people from all over the world laid on their faces in between the rows of seats to reverence Him. The sermons, given by an array of prolific speakers, preachers, and teachers, were so poignant and timely. 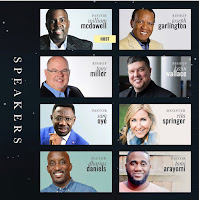 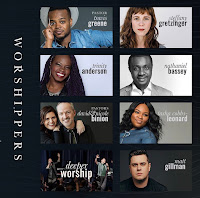 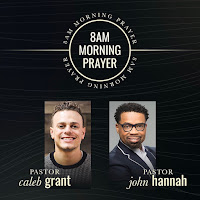 Even the psalmists, the who’s
who of gospel and CCM, were in rare form. Tasha Cobbs Leonard and Nathaniel Bassey wrote songs on the spot in spontaneous worship, and Steffany Gretzinger’s set was so intimate, it almost felt as if it shouldn’t have been recorded. If you know me, you know I love a good concert. I’ve been to about 65 concerts in my lifetime, and most of them have been gospel. I usually try to record as much of a show as I can, to watch it later for memory’s sake—but this was different. This atmosphere required you to be fully immersed in the moment. It was perfect for tapping into God’s voice.

Friday, Pastor William McDowell, the facilitator of Habitation, released his new album, The Cry. The first single on the project is called “I Don’t Wanna Leave,” a sweet song that invites the presence of God in. It essentially became the unofficial musical theme of the conference, and it embodied exactly how I felt when Habitation ended.

I was listening to “I Don’t Wanna Leave” on the flight home yesterday, and I heard God say, “You don’t have to.” I was trying SO hard not to ugly cry, but the revelation was too great: Habitation is held annually, but it’s not an event you go to just for the sake of tradition. It’s not a conference, it’s a lifestyle, a heart posture. God inhabits the praises of His people. That means Habitation happens inside of you. If you invite Him in, He’ll meet you wherever you are, and you won't ever have to leave His presence. So, let it be on Earth as it is in Heaven.

*All images are from Instagram. Visit www.habitationconference.com for information and updates about Habitation 2020.
Posted by Siobhan McIntyre at 4:41 PM