Is This The End? Finding The River in the Desert

"See, I will do a new thing, now it shall spring forth; shall you not be aware of it? I will even make a way in the wilderness, and rivers in the desert." - Isaiah 43:19, Modern English Version (MEV)

Hey guys! Long time, no see, yet again. I know, at this point I sound like a broken record, but I’m back to blogging. Full disclosure: I’m currently attempting to write my way through the worst case of writer’s block I’ve ever had. I really thought about closing this blog, because I didn’t feel like I had anything else to say. I got tired of being the encourager, especially during a season where I felt like God was doing nothing. The season I’m in is not good or bad, it’s just...neutral, a season of in-between. Now that I feel like I’m nearing the end of this limbo and change is finally on the horizon, I’m in a place where I can write about it. 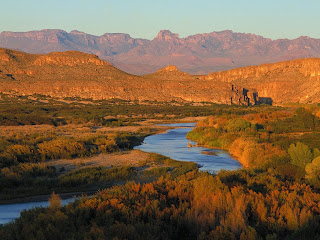 For the first half of this year, I felt purposeless. I lost focus and felt like I wasn’t getting anything accomplished. Life overwhelmed me and I felt lost and overlooked. I didn’t know where I was going, so I just stopped and sat on my gifts. In the middle of all this, I was taking membership classes to join my church, First Baptist Church of Glenarden. I was going to church every Sunday and being stirred by every message, but as soon as I walked out of the sanctuary, I felt empty again (and I had stopped reading my Bible). I started to think that all the endeavors I’d devoted myself to would amount to nothing. I felt frustrated and stuck and angry at God—like I was in a desert—and then I got re-planted.

The last week of July was very transformative for me. On July 23rd, I got (re)baptized. This was very important to me because unlike the baptism I received as a baby during christening, this one symbolized a conscious rededication to Christ after 19 years of salvation. I was dipped in the water, and those who watched told me I came up fighting. I think this was partly due to the fact that I can’t swim, so I was trying not to drown 🙃, but as I was immersed, I felt something break. The breakthrough that took place in the water was evident later that week, when I attended the YouthFest: Planted conference at City of Praise Family Ministries in Landover, MD. The conference spanned three nights, and each night I felt more and more free. Night one set the tone for the rest of the conference. A fire word was brought forth by the renowned Apostle Dr. Matthew L. Stevenson III, prefaced by worship from psalmist Chandler Moore. Chandler’s been on my list of must-see artists for a while now, so I was excited to see him live. He set the worship atmosphere with a melodic declaration of “You’re here right now,” and seamlessly segued into one of my favorites, Jesus Culture’s “Holy Spirit”. I captured the opening moments in the video below:

After that, I was unable to record any more, because God wanted my full attention on the next song Chandler sang, “The Isaiah Song.” I had heard this song when it was first released in June of last year as an EP. Honestly, I listened to it once or twice on YouTube and forgot about it, but we all know certain songs hit differently depending on the season we’re in—and this particular night, it hit me HARD.

If you know me, you know that I can usually memorize lyrics to a song very quickly—and by “quickly”, I mean, I can hear a song once, and the second time I hear it, I can sing along to almost every word. I’ve been doing it since I was old enough to sing—actually, since I was old enough to hum. Before I could memorize lyrics, I memorized melodies, and I was humming long before I could talk. With “The Isaiah Song,” it was different. The melody sounded familiar, but I couldn’t remember the lyrics at all. It was like I was hearing the song for the first time.

I wanted to sing along with Chandler, so I relied on the IMAX projector inside the church and read the lyrics as I sang. At some point in the song, the lyrics began to lag. They flashed on the screen about 10 seconds after Chandler had moved on to the next line...but somehow, I was still singing along. as I belted out the chorus, something in my spirit leaped, and my body followed suit.

Sing, sing
O barren Land!
Water is coming to the thirsty!
Though you are empty
I am the well
Draw from Me, I will provide

Those lyrics permeated my soul and spoke DIRECTLY to the creative drought I’ve been experiencing. I just completely lost control of my body and started leaping in time with the music. This had me shook, because I am a black woman with NO rhythm whatsoever. Like, that gene completely skipped me. I stick out like a sore thumb at every family reunion because I can’t line dance to save my life. I can barely even wave my hand on beat. And I don’t shout. Ever. It was a total out-of-body experience and I was being moved by the Holy Spirit, but the whole time, I was thinking, “I know I look real crazy right about now...” Ultimately, I didn’t care. God knew I needed that. I felt so free!

The next day, I bought the EP on iTunes and listened to it nonstop. The Planted conference rerooted me, and that Sunday, the last Sunday in July, I got the right hand of fellowship at FBCG.

I’ve been meditating on “The Isaiah Song” for two weeks now, as a companion to the book of Isaiah, and I feel myself recharging. Each time I hear, “Yes, you will write again!/ Yes, you will create again!”I am wrecked to the core. The song says, “You’re making ways in the wilderness!/ You’re making rivers in the desert!”And He is. Somebody somewhere needs what I’ve got, so I will write again. I AM writing again. I’m writing my way through the wilderness right now—even when I don’t feel like it, because our faith says we don’t live according to how we feel. We live according to what we know, and I know that this is what God has called me to do. I’m not fully charged yet, and I’ll be honest, it feels weird getting back out there—but we all have to (re)start somewhere. What I’m learning in this season is that I don’t have to keep my testimony to myself just because I’m still being tested. Sometimes, people need to see it unfold as you work your way through it. It’s more relatable that way. So, even though writing is uncomfortable right now, I rest in knowing that the more I do it, the more smoothly it will flow. In time, it will come naturally again. God will give me the words to say. He will tell me what to write, because He is the source that I draw from. He is the well that never runs dry, and He will continue to provide. And to think, this whole time, He’s just been waiting on me to show Him that I’m thirsty.
Until next time,
Siobhan

Check out the official video for “The Isaiah Song” below:

Posted by Siobhan McIntyre at 1:29 PM