Blackness or Christianity: What Comes First? 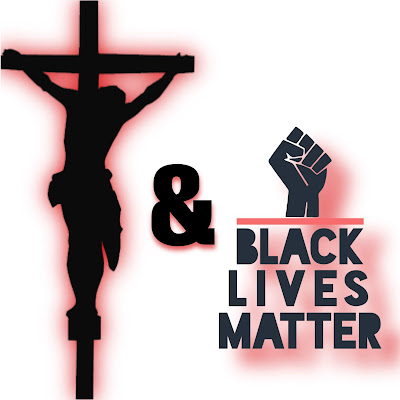 The days following my post about police brutality have taken a toll on me mentally and emotionally. On Sunday, a black man told me to “Shut the [expletive] up” on Twitter because I tweeted that rioting in response to George Floyd’s murder is counterproductive. In the same tweet, I also acknowledged that I do not have an alternative solution for our voices to be heard. In misplaced anger, this man poured salt on a wound that was just like his.

The next day, an ally who is neither black nor white assumed that because I’m black, it is not awkward for me discuss racism and police brutality. She also asked me how I would respond to all of this as a Christian. That question prompted me to ask myself what comes first. Am I a black woman who is Christian, or am I a Christian woman who happens to be black? The answer is both. My identity is comprised of several components, but black and Christian are always at the forefront of who I am. It is up to me to choose which of those facets comes first, and especially in situations like these, I have to choose wisely.

As a black woman, I’m torn between I don’t have to explain myself and I have to speak out. Almost every black person I’ve talked to wants to fight fire with fire, and I understand why. I understand Martin Luther King Jr.’s assertion that “A riot is the language of the unheard.” The blatant threat against black bodies is more hurtful and frightening than anyone could ever fathom. The only way to even begin to comprehend the magnitude of this is to be born black. Every time a black person dies, a part of us does, too. We are still attempting to understand it ourselves, and the heart-breaking truth is, we may never have adequate language for it.

The riots are black people’s attempt to force non-black people to feel the emotions we feel when black blood is spilled in the streets. I choose not to utilize this method of protest, but my blackness won’t let me overlook the fact that it is absolutely justified. It is also important to note that black people are not the only ones looting and rioting. A percentage of the white majority, those who seek to undermine and taint the Black Lives Matter movement, are also adding fuel to the fire—literally and figuratively.

Over the past few days, hate and love have wrestled in my heart. I’m choosing love—but NOT because, in Dr. King’s words, “hate is too great of a burden to bear.” I choose love because in this case, choosing hate would be taking the easy way out. It would be easy to blame an entire race for the inhumane actions of their ancestors, but I choose to obey Christ’s command to love my neighbor as myself (Mark 12:31). I am called to do this whether my neighbor loves me or not. My Christian faith won’t let me allow anger to cause me to sin (Ephesians 4:26), but by the same token, my blackness makes it impossible for me to stay silent.

Black people are constantly subliminally warned by society to walk on eggshells. We follow an unspoken rule of being careful of what we say to avoid offending others, but it seems that no one cares about what offends us. Wrongful black death is not only creating a divide between blacks and non-blacks, it’s pitting the black community against itself. Racists don’t even have to work hard to divide us. We’re dividing ourselves.

We are criticized by our own community if we don’t speak out against every injustice. It doesn’t matter if we’re still traumatized from the last incident; we should subject ourselves to the recording of yet another tragedy because we have to “stay woke.” If we peacefully express our pain in a way that does not condemn everyone in the majority, we are labeled as traitors. Being black is absolutely exhausting, especially in times like these, but I wouldn’t trade it for anything in this world. I wouldn’t trade Christianity for the world either, especially in times like these, because the ultimate reward is eternal life.

Hear me clearly: This isn’t about “us vs. them.” It’s not about me proving to anyone why I deserve to be alive. I recognize that I am not obligated to explain or prove anything. This is about me vs. me. I’m caught in a tug-of-war between the freedom I know I have in Christ Jesus and the bondage I feel here on earth as a black woman. I may never be able to reconcile the two, because salvation is given by God and suffering is inflicted by man. Regardless of race, we, as God’s children, are all made in His image. The issue is that not all of God’s children choose to live and love like Him.

Being a Christian is a conscious choice. Being black is not. Knowing this, I will still continue to boldly be both. I will continue to show grace as I attempt to educate non-black people who care; those who want to say something, but may not know what the appropriate rhetoric is in such a sensitive situation. I will open up my heart (and my direct messages) to have dialogue with people—especially white people—who genuinely want to learn what it means to be proactive when things like this occur. Most importantly, I will bombard Heaven and ask God to heal our land, to show all people that #BlackLivesMatter.

If anyone knows about the pain of wrongful black death, it’s Jesus: Half man, half deity, whose eyes were like fire and hair was like wool. As He was being crucified, Jesus said, “Forgive them, Father, for they know not what they do” (Luke 23:34). They knew what they were doing. They just didn’t realize who they were doing it to.

The bottom line is, if Jesus were here in human form today, He would be on the side of righteousness, crying out for black lives. Regardless of the color of your skin, if you believe that He lives inside of you, you should do the same.

***SHARE THIS. And then create space to have the difficult, necessary conversations that facilitate real change. Sign petitions and find other resources here. Call precincts. Donate. Do something. This is what it really means to be the hands and feet of Jesus.
Posted by Siobhan McIntyre at 10:36 AM